Minimalist Version of Asphalt series is back with an amazing upgrade. This Offline Game series is known for its charming small size but huge in fun racing gameplay. Asphalt Nitro 2 an Offline Racing game is now released on android and first on Andropalace. Its a small in size but huge in fun racing elements.
Download APK
4.0/5 Votes: 33
Report
Developer
Gameloft SEUpdated
July 12, 2022Size
55MVersion
1.1.0Requirements
Android 4.0 and UpGet it on

Drive the best supercars and squeeze all the juice out of them! Jump from trampolines and maneuver in flight performing crazy stunts. Intuitive driving with Asphalt 9’s familiar TouchDrive control scheme. Incredible locations in New Zealand and Japan are waiting for you. Quick Race or Career Mode – the choice is yours! The uncompromising Asphalt gaming experience in a compact 50MB package!

Recently, game maker Gameloft released a new game Asphalt Nitro 2 APK MOD. This game is minimalist version of Asphalt game series and its second installment game only weighs 50 MB in size. This can’t help but make people guess that the new work may be just a parkour game like the Asphalt Overdrive launched not long ago. It only relies on the 50M installation package to bring you the general gaming experience of Asphalt 8 and Asphalt 9.

Why Asphalt 8? Because they are so alike. Asphalt Nitro 2 maintains a high degree of consistency in the design of the game’s various interface layouts with Asphalt 8, and the design style of some interface elements is more like the “flattened” Asphalt 8, which looks very simple and lightweight. It seems that the “flat” wind has also blown into the game circle.

Asphalt Nitro 2 APK Premium also follows many of the settings in Asphalt Nitro in operation and gameplay: after entering the game, you can choose one of the fast racing, multiplayer and career modes, and even retains the “cup competition”. One element. Players can also paint and upgrade their vehicles, and select bonus items before the game starts.

This is Asphalt Nitro 2 MOD APK which is our own Modified version with amazing features like License Check Removed so you will not face Oops License Errors, Max Out Graphics on all android devices. It also unlocks 60 FPS Gameplay in Asphalt Nitro 2 which will double your fun. More Mods like Unlimited Money and Unlocked cars are planned to be added later. Right now you can play Asphalt Nitro 2 Fully Offline on android devices.

– License Check Removed
– Cut out the network check (you can run without the Internet).
– Cut out subscriptions and other checks
– Optimization for better performance on new devices.
– Working with the graphics config
– 60 FPS Gameplay Enabled

What’s In The MODDED APK:-
Unlocked All Cars with Max Upgrade 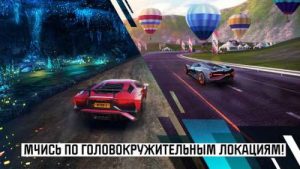 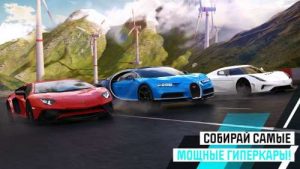 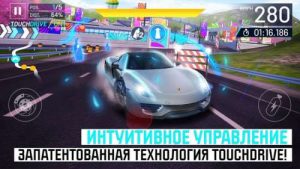 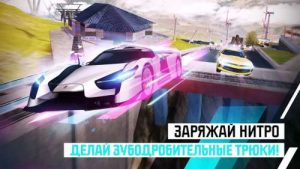