Danganronpa, or as it’s more commonly known in the states as Danganronpa Trigger Happy Havoc is a little franchise that kind of came out of nowhere.
Download APK
4.7/5 Votes: 10
Report
Developer
SPIKE CHUNSOFTVersion
Danganronpa 1- 1.0.2 and Danganronpa 2- 1.0.0
Requirements
7.0 and Up for Both Games
Get it on

Danganronpa, or as it’s more commonly known in the states as Danganronpa Trigger Happy Havoc is a little franchise that kind of came out of nowhere. It’s a series with an extremely interesting
development history and an absolutely absurd fandom localization origin story. Its basically Phoenix Wright mixed with Battle Royale except way more anime. We have got two games released on android one is Danganronpa Trigger Happy Havoc Anniversary Edition and other is Danganronpa 2 Goodbye Despair Anniversary Edition.

Danganronpa is quite an odd name for a franchise. Roughly translated it’s a portmanteau of Danan and Ronpa which mean Bullet and Refute. No not guns but arguing with people cleverly disguised as a bit of a first person shooter. One where you literally shoot through peoples words with your own.

Danganronpa tosses us into the role of Makoto Naegi, a young and impressionable young boy about to experience his first day at Hope’s Peak Academy. This is Japan’s most prestigious high school,where only the most talented and high tier students attend. Danganronpa as a whole likes to play on common anime tropes and does it so well.

Every Danganronpa character has a special talent, or an “Ultimate” ability. In japan they were called “Super High School Level”, implying they were really good at a particular thing, but I guess us westerners wanted to pump it up to EXTREME levels so Ultimate it is. If you are Fan of Classic Danganronpa games then you will like This Anniversary Edition as well. 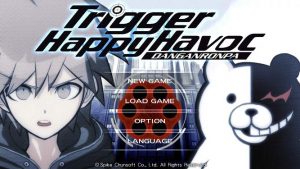 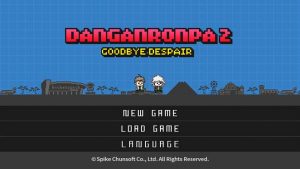 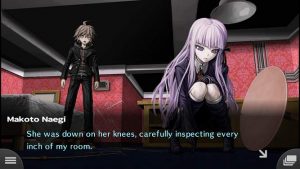