The Heroic Legend of Eagarlnia is a premium offline game with no in-app-purchase! A strategy game worth checkout, released on PC on Steam this amazing hero collecting story driven game is finally landed on android with its amazing features and gameplay.
Download APK
5.0/5 Votes: 3
Report
Developer
PixmainVersion
0.0.19
Updated
September 8, 2021Requirements
5.1 and up
Size
450MGet it on

The Heroic Legend of Eagarlnia APK is a lightweight “strategy” game with an overhead background. The art style combines Japanese vertical painting and pixel art. The game is based on the overhead world. With a unique country, players can become the monarch of any country and manage their own territory by issuing instructions on the world map, allowing him to grow and develop. At the same time, you can also deploy troops and generals on the battlefield, recruit various generals, and plan tactics.

Unlike other grand strategy games based on historical themes, Heroic Legend of Eagarlnia APK is based on an overhead world, and the intricate relationships between hundreds of heroes will slowly appear as the story unfolds. As an overall fast-paced strategy simulation game, you can experience a deep strategy but not procrastinating combat system in the game, and enjoy the thrill of strategy wrestling and dominating the world in the world of swords and magic.

Game Features:-
1. The fantasy world, vertical and horizontal
The multi-retro Japanese Tachi-e draws on the northern and southern wars on a pure and cordial fantasy land.

2. Real-time control and strategizing
Real-time combat in the form of a corps, experience the thrill of formation and skill control.

3. Thousands of troops and horses, listen to orders
There are 23 factions, more than 200 heroes exquisitely painted Japanese, and as many as 55 arms to choose from.

The Heroic Legend of Eagarlnia APK is a very fun strategy game. The game is designed with 225 heroes. They can be flexibly applied to their abilities by seeking, lobbying, and captives to become a qualified ruler. Many special heroes have their own exclusive artifacts, which can be unlocked only by completing their own quest lines. There are also 55 units designed in the game, and each unit is mutually restrained. Reasonable collocation and formation are the way to victory. In general, players who like SLG or war chess, like fantasy settings, and those who don’t require much detail can give it a try. 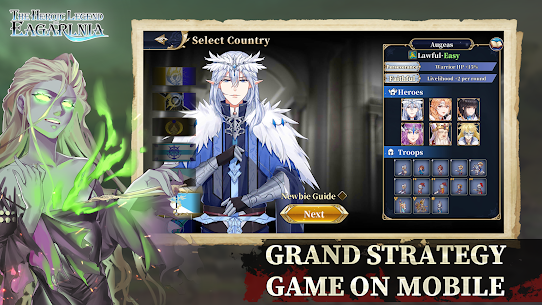 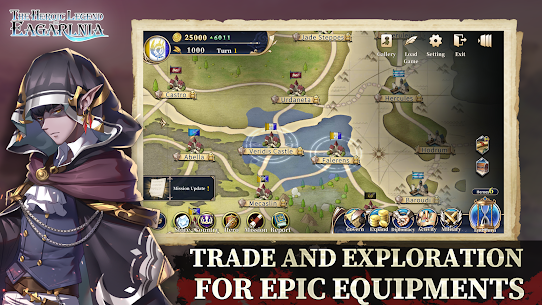 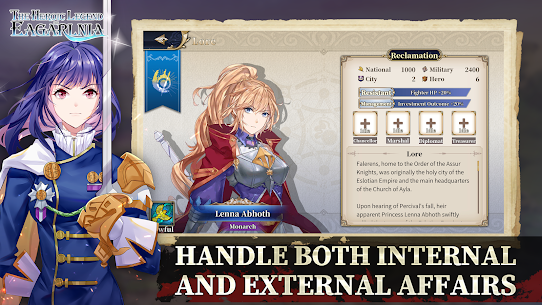 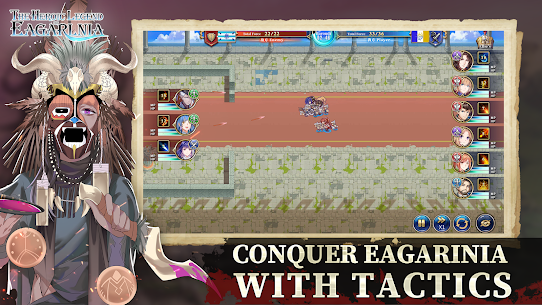 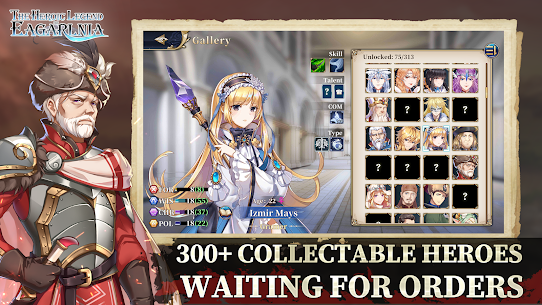 Play The Heroic Legend of Eagarlnia APK+DATA Download on PC

Play The Heroic Legend of Eagarlnia APK+DATA Download on PC

6 comments on "The Heroic Legend of Eagarlnia APK+DATA Download"