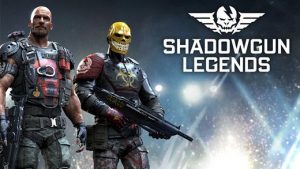 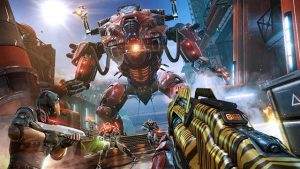 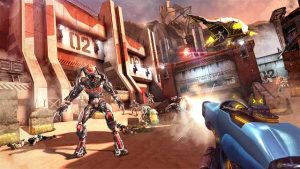 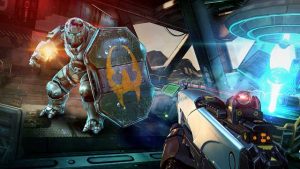 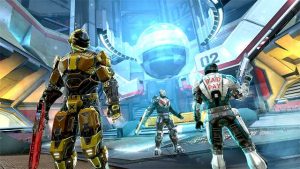 Shadowgun Legends MOD APK finally arrived on Android. After almost 2 beta sessions developers MADFINGER games has released this game worldwide. if you have played shadowgun before then you might have idea that shadowgun series is about high end looking graphics and full of action gameplay. first shadowgun was a third person game but Shadow Gun Legends is a FPS game. Shadowgun Legends APK MOD is a freemium game and MOD APK is for Unlimited Ammo and No Reload. do not wait for MOD for Unlimited Money or Offline Mode. you can not play this game offline.

It seems to be working on any devices but it it does run pretty smooth. watching screenshots and trailers of Shadowgun Legends MOD APK you will notice that it is very heavily inspired by destiny. and the way that the loot system works everything is pretty heavily inspired by destiny. however I think they do it a lot better than destiny as far as the missions go, the way that the missions are structured.

There’s story missions and then there’s CO-OP Missions. the crime missions are just a small amount of Fame in XP and then the story missions are for you know large amounts of XP and fame and the fame does help you gain money. there’s also like what do you want calm quests for each individual people in the hub. accept quest,complete them and earn money. since its an online FPS RPG Android Game so Shadowgun Legends MOD APK for Unlimited Money is an impossible thing.

Gameplay seems like little bit inspired from modern combat versus. Auto shoot is there so you do not have to worry about tapping on shoot button. just aim on enemies and your guns will be firing automatically. graphics are damned top notch and feels like playing a realistic game. shadows and destruction effects kills everything. if you compare this with Modern combat series then you are doing it wrong. Since its still in beta there is no IAPs but this might be added soon. I have spent hours in game and this game looks damn gorgeous. if you are a FPS lover then you should be trying this amazing game.

What’s In The MOD APK:-
Enemies in PVE Will not Attack