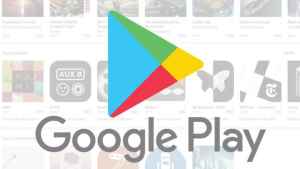 Google had a long-standing ban on real money gambling content in its Play Store – something that’s set to change in the near future, recent reports cited by the iGamingBusiness website state. According to a report by UK-based app company Degree 53, cited by iGamingBusiness, Google will abolish its ban on online casino, poker, and lottery apps that have been in force for years, allowing such content to be listed in its app marketplace. Not globally at first, though – initially, such content will be able to be listed by licensed operators in the United Kingdom, Ireland, and France, and might be expanded to the rest of the world later.

Google has instated its first ban on gambling content – especially when it comes to online advertising – back in 2004 – which was expanded to its app marketplace in 2013. Apps were allowed to show gambling-related ads in certain jurisdictions but only to an audience of a legal age. This ban has seriously affected the spread of mobile gambling services like the ones offered by https://www.wildjackcasino.com/. Yet the developers behind the Wild Jack have found an alternative path: a web-based app. While it’s not listed in the Play Store, the Wild Jack Mobile is easily accessible to all players – all they need to do is to head over to the casino’s website, log on, and play. All the games are running in a web browser, with no need to download and install anything.

If the reports about Google’s change of heart on the issue of real money gambling apps are indeed true, it may bring serious changes in the mobile gambling marketplace in Europe. For starters, it will see the major gambling groups of the UK and Ireland – think Bet365, William Hill, Paddy Power Betfair, and several other – quickly develop and launch (and, of course, promote) their gaming apps in the Play Store. Not to mention international operators like Unibet, Betsson, and others, that have obtained gambling licenses in the countries that are subject to the change.

Why this is important?

Android is the leading mobile operating system in Europe, which also happens to be the biggest market for regulated online gambling service providers. Until now, promoting mobile gambling was a bit problematic for these operators since they couldn’t benefit of the exposure offered by the Google Play Store. If and when the change in Google’s policies happens, these operators will have a brand new way to reach out to their players on mobile devices. Since users usually prefer downloadable apps instead of others running in web browsers, we might see the expansion of mobile gambling in the concerned areas.