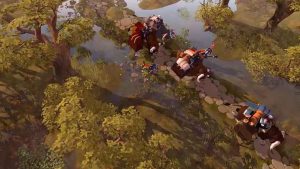 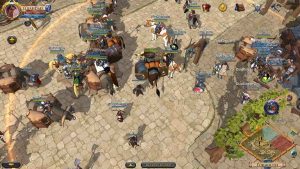 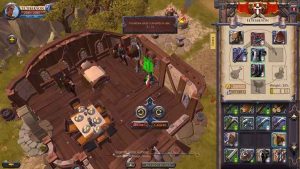 Albion Online APK MOD finally arrived on Android. Actually had to physically and mentally pull myself away from playing this game to upload this game on Andropalace. this is quick review of Albion online Android APK. It’s a new free-to-play MMORPG scheduled to be released globally on July 17 now the game has gone live globally. first thing you may notice in the screenshots is the graphics are very simplistic. there is areason behind that the game is going to be playable on Apple,Windows,iOS and Android Devices with all players playing on one server together. Albion Online APK MOD Hack is not available in the play store yet so download it from Andropalace.

The graphics don’t bother me in fact I think they’ve done an amazing job using very simplistic models but adding in enough detail to keep them visually entertaining. what did bother me initially was the view of the game it is from the top down view and there’s no screen rotation when your character or other characters or NPC’s are behind an object. they’ll appear highlighted silhouettes. most of the MMO’s I played in the past a bit for the first person or over-the-shoulder third person view so for me and I know this is going to sound really weird.Initially we’re playing this game,I didn’t feel any attachment to my character. the more I play though it became less of an issue I adjusted eventually.

The combat in the game is very simplistic with three attack abilities and three defensive or support abilities. this is so the game is easier to play on tablet or phone now what is there to do in the game. this is an open-world game so there are no quest lines what path you choose to take is for you to decide. so if you’re looking for a game where you go gather things and bring them back for experience and then get another quest sending you to another area.

You can expect a MOD APK of Albion Online since its developed using Unity Engine and its still unprotected. But you guys will have to wait for little longer since this game weigh bigger than any other APK game.Till then enjoy the original game.

Albion online APK MOD does not have levels the way you progress in the game is by playing the game. almost every activity rewards you with Fame and fame is Albion’s answered experience some mining or you’ll get fame killing creatures you get fame killing dungeon bosses you get fame you get the point as you complete objectives. then you’re going to unlock different abilities and skills that will allow you to use stronger equipment so think instead of having one experience bar you actually have hundreds of experience bars. There also is not a class system your abilities are determined by the weapon you’re carrying and the armor you’re wearing so you’re not locked into any one class.

In APK MOD Albion online they have promised an equally entertaining experience regardless of a person’s play style whether that’s hardcore casual PvP or non PvP crafters, hunters large guilds or solo players but in it always seems like they end up catering too once civic growth so far I think Albion online APK MOD is successfully attempting to provide an equally balanced and fun environment for all players. despite their play style so I hope you guys found this information useful if you did I really would appreciate it.

Requires Android: 5.0 and Up /A tablet with 7″+ screen size is required. (Phones can most likely run it, but are not officially supported)