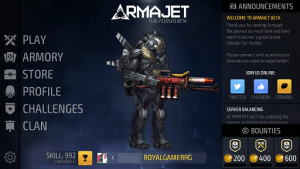 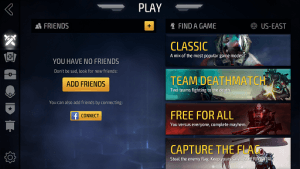 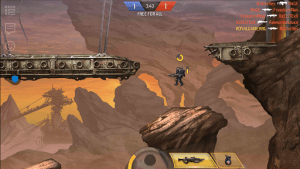 Recently i heard about the game “Armajet” was not so much surprised with the name but still i wanted to check it out. found some images on Facebook and got interested in it. straightly went to their site and signed up for beta. then today morning i got an email about playing beta before release. so just downloaded it from the play store. game weigh only 60 MBs and entertainment is way more than in GBs.

Talking about the game its an Online game okay PVP Game okay Fight in different MODES like Capture the flag, kill them all, Team Deathmatch okay then what’s new in the game? Its a fine developed 2D side scroller PVP game. its pretty much inspired from Doodle Army 2 Mini militia. if you guys dint play this game then you should play it here is the link DOODLE ARMY 2 MINI MILITIA DOWNLOAD . Mini Militia’s Offline Play, Party Lan Play made it so much famous that people gone mad over it. well Armajet is kinda same like Mini militia but it has its own taste. taste that tastes soo good and will remain on your tongue for quite long time. Your character is wearing steel armor looks good. so many different weapons to acquire. join clan and fight with other clans. level up system. in-game currencies you can get easily. different load outs like Assault rifle, snipers, shot gunners , grenadiers you can choose what suits you best. This game is still in beta stage so you will not be able to purchase IAPs right now. but you know one thing very well when a PVP game arrives and you start the game from the beginning before its got famous then you have a big chance to become a high level player in short time because there will be so many new players. well i got the beta so spreading to you. enjoy the game and start shooting. Armajet will surely win your hearts.

Short Review: Great Graphics,dynamic effects and smooth gameplay, Varieties of weapons and different game modes. addiction level is high enough to kill your time and its defiantly not pay to win game