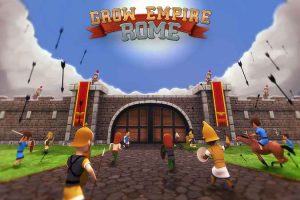 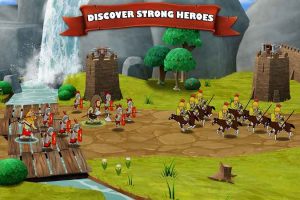 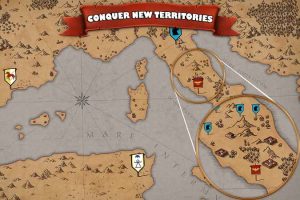 Grow Empire Rome MOD APK is an offline endless tower defense game from Station 1 Game Studio. If you have played Grow Castle then you will have no difficulties in playing this game.its mechanics are almost same as grow castle but its design is different also Grow Empire Rome’s theme is about Rome and their armies. Detailed gameplay with some amazing upgrades and sensible parts about defending your Empire from the upcoming enemies. player will take control of his empire in order to save them from intruders. use GROW EMPIRE ROME MOD APK to get Unlimited Gold Coins while killing each enemy and you will also get fast level up on each kill.

Tower defense games are just TD where your goal is to defend your territory or empire. here in Grow Empire Rome you will be upgrading your empire and their damage to kill upcoming enemies. each wave has different stats of enemies and they will increase in upcoming waves. this game is all about upgrade your empire so it could be defended in next waves then earn coins and upgrade again to defend another round.

Simple graphics and not that much detailed characters but this game is mainly survived in the play store with positive reviews just because of its addictive tower defense gameplay and not grind-able levels which are unlimited here. i dint upgrade my empire but tried to. upgraded my empire to 200 levels and i think there are more to upgrade. use Unlimited Gold Coins from Grow Empire Rome MOD APK to upgrade it easily.