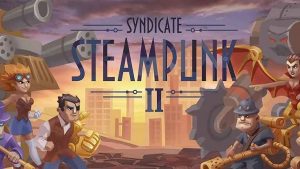 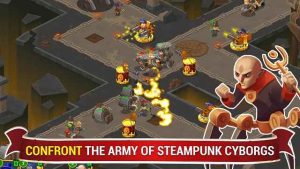 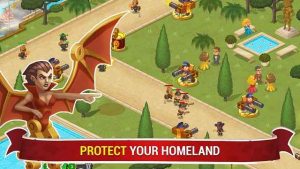 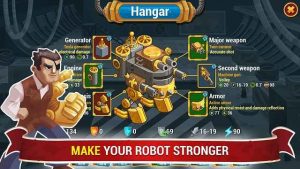 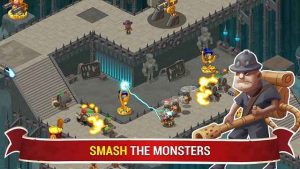 Steampunk Syndicate 2 MOD APK Tower Defense Game finally arrived on Android. After around a million download in play store for its first part now developer stereo7 games released latest installment in their Famous tower defense series. Steampunk TD is known for its steampunk settings and amazing detailing art. Amazing detailed maps,levels and enemies. All settings are applied under one big theme which is steampunk. If you have played its first installment then you probably will not need any introduction to it. Its a Freemium game with in-game currencies. you can download Steampunk Syndicate 2 MOD APK for Unlimited Diamonds and Gems.

Gameplay wise there is not much of an upgrade from the previous one but the art wise,character wise and in content Steampunk Syndicate is being ahead of its first installment. Game offers varieties of levels including selection of different heroes or different cards. since clash Royale arrived we are seeing almost all games using cards method in upgrading units. Its like collect cards from the levels or PVP then upgrade them using currencies. since you have MOD APK of Steampunk syndicate 2 you will have unlimited crystals to spend.

Game is known for its in-depth TD gameplay and smooth bugless gameplay. If you are willing to try something new which does not sucks and does not try to copy some other games then you have to try steampunk syndicate 2 mod apk. It has different 40 levels to enjoy. 5 different up-gradable towers which can be upgraded using different rewards. however heroes are limited to only 2 and we are not seeing any updates coming soon with new heroes. you can also upgrade your heroes easily with unlimited money.