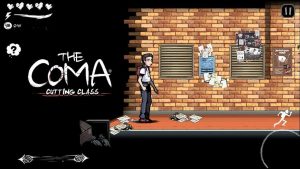 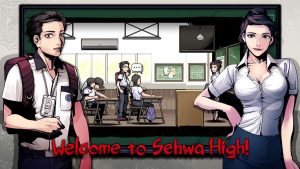 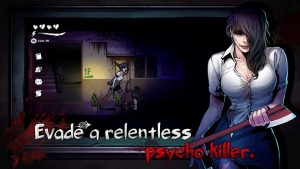 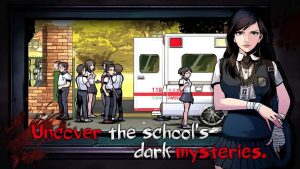 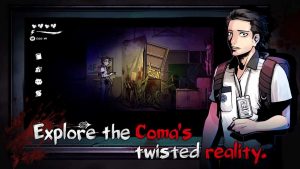 The Coma Cutting Class APK MOD is a 2D horror from, South-Korean-based, Devespresso Games. Interesting name for a studio. While viewing screenshots for “The Coma”, as well as when I began playing the game, I was reminded of two other games. To a lesser extent, a game I haven’t played, but that I’ve heard a lot about, called Clock Tower which released on the SNES and, later, the original playstation. The only reason it popped into my head was because The Coma is 2D, and relies on “run and hide” mechanics where you are given no option to fight back, and, from what I understand, Clock Tower is the grandfather of the run and hide genre.

The Coma, like Corpse Party, is set in a school within a terrifying other dimension. And that’s about as far as the the similarities. For the most part, I liked the way The Coma is presented. It’s got that Eastern-Asia style to it (or just anime-style). I will say, that it has carried over some negative anime tropes in the animation. A lot of of the female characters are ridiculously busty, and many of them are dressed pretty sexually. I mean, that’s not to say those design choices are objectively bad, but, to me, it came across as kind of juvenile and lazy in terms of writing.

I think the design of the characters in The Coma Cutting Class APK MOD is good and varied, the monsters can be pretty freaky, and I particularly like the environment design — it often remained fresh, for me, despite being exclusively set within a school. Plus the performance was perfect, which was really the icing on the cake; I always love it when a game runs buttery smooth. At the beginning of the game I think the mechanics worked well. It’s kind of an open-world, in that all areas that you access can be re-visited at any time. You even have side-quests.

It just feels like the story is a straight shoot to the end and, most of the time, doesn’t diverge in any meaningful way. Otherwise, there are some pretty funny little references in the writing, even if a lot of the jokes fell flat for me. If you’re a fan of typical anime-style humor, then you may very well enjoy the jokes. There’s a lot of jokes that are based on the main character’s attraction to different women in the game — it’s that kind of humor. I say its a nice horror adventure game.