This game is envisioned as a game about the wonderful life of a youtuber.
Download APK
5.0/5 Votes: 1
Report
Developer
U-Play OnlineVersion
1.6.4
Updated
June 22, 2021Requirements
4.4 and up
Size
480MGet it on

An interesting Game called Youtubers Life Gaming APK MOD is just released in the play store with a premium title. what is youtubers life you may ask as the title suggests.This game is envisioned as a game about the wonderful life of a youtuber. it’s a game about making videos of games, fashion and lifestyle. Its a game about your journey from your road to fame and riches well what it actually is it’s a tycoon type game that looks a bit like Sims and plays like a game that game dev tycoon. the game is about striking a balance between making videos publishing them. Youtubers Life Gaming APK is free on the Andropalace. Also you will have opportunity to get Unlimited money using the MOD APK of Youtubers Life OMG Edition APK.

Its a simulation Offline game where managing you will be doing your work and social life as well as your education. the narrative of the game is told from a perspective with a goal of becoming the world’s number one youtuber and you are effectively telling your story and this ties nicely actually into the tutorial that leads you by hand into the game. you start as living with your parents where your mom constantly reminds you about the needing to study where you actually want to only want to do is to actually make videos of games. and then you evolve into finding a roommate getting a different set of responsibilities from studying like working getting food educating, educating yourself and socializing.

So the game features a good character customization. where you customize your appearance followed by your clothing and as well as your personality whether you like making you know tons of cash or you like to be a star. the core of the game is about you recording the videos currently of the games then you basically edit them and then you publish them on YouTube. the amount of recording and editing depends on various factors like your computer or gaming console. you can level up your character and acquire new skills and also if you have slept enough and eat enough which is something that I learned the hard way.

Now coming on social life you can definitely make friends you can also socialize go to the movies disco as well as game conferences and where you can find other youtubers and even learn stuff from them and even recruit them recruit them to be working together with you. graphics are bit cartoonish it’s not like top of the line but it’s I find it to fit very well with the overall games theme the sound design is also pretty decent. currently the game only is available about making videos about games but apparently the devs have promised that will be coming soon also making videos about fashion lifestyle cooking and music. it will be definitely interesting. 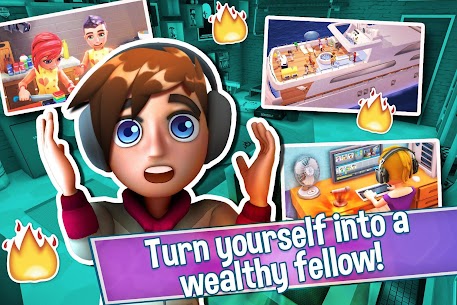 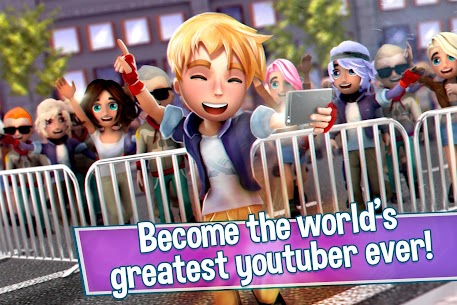 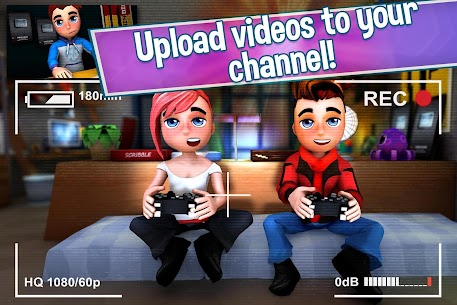 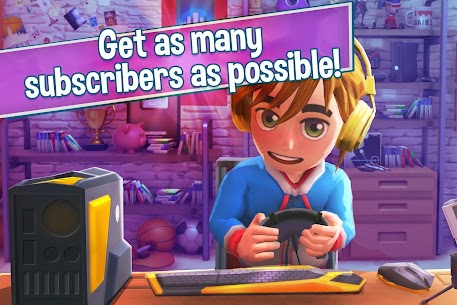 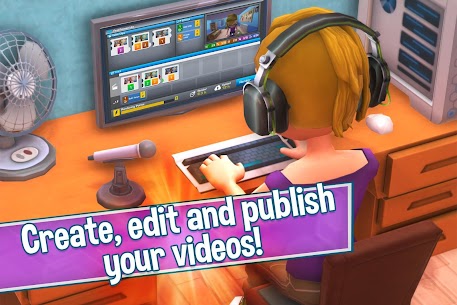