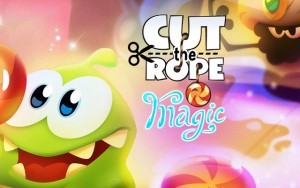 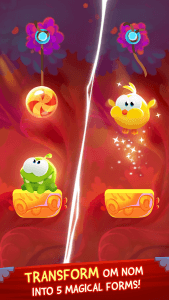 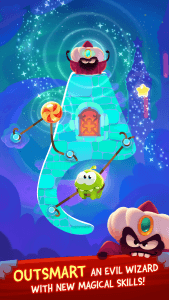 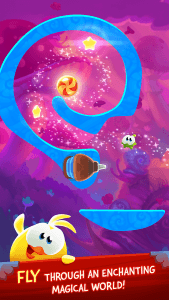 ZeptoLab today launches the latest installment of its world-famous, family-friendly franchise: Cut the Rope: Magic, now available on the App Store, Google Play and Amazon Underground. Premium in the App Store and free in the play store and amazon market. An evil spider wizard – Om Nom’s ultimate nemesis! – has stolen all of his delicious candy! Join the lovable little monster as he chases the wizard into a magical spellbook come to life. To help beat the wizard’s tricks and traps and reclaim the candy he so craves, Om Nom has a new trick of his own: the ability to shapeshift into five different forms which help him navigate puzzles in brand new ways. With the new transformation feature and more than 100 magic-themed levels, including challenging boss levels, across a richly-imagined, colorful world, Cut the Rope: Magic is a fresh take on Cut the Rope’s classic physics-puzzle gameplay. Cut the Rope Magic MOD APK for Unlimited crystals and all the levels unlocked.

“The Cut the Rope series is now more than five years old – almost ancient in mobile gaming years,” said Misha Lyalin, ZeptoLab CEO. “When we started in 2010, we had no idea we’d have such a long story and that Om Nom would become so popular across the world. Today, a little over five years after the first game launched, we continue to bring new ideas to the market to create something that is truly new and magical, like Cut the Rope: Magic.”

What’s In The MOD:
Unlimited Crystals (Increases Instead Of Decreasing)
Chapters Unlocked

Requires Android:4.0 and Up 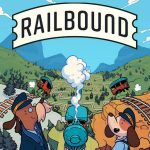 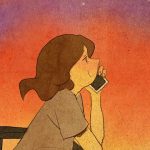 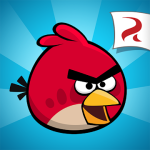 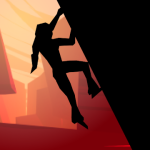