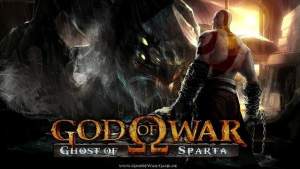 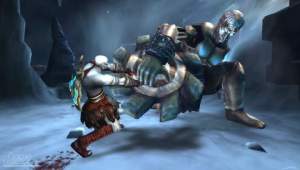 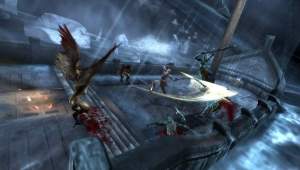 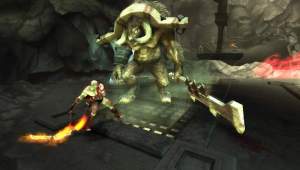 After amazing God of war chains of Olympus we have decided to uploaded Ghost of Sparta as well. GOW Ghost Of Sparta APK is a second installment in PSP GOW Series. This game is huge in content and it will require 5 to 6 hours to complete. We have optimized God Of War Ghost Of Sparta for PPSSPP GOLD APK so you can easily play it on Every android devices. Highly Compressed PPSSPP Game Ghost of Sparta only weigh 400 MB in size.

Kratos brother is kidnapped by the gods and sent to deaths domain, which as you might imagine upsets the already cranky god of war. Kratos god of war who goes in search of his brother and kills lots of things along the way. if you can say one thing about the God of War series. it’s consistent Ghost of Sparta is pretty much more of the same. this is the second God of War installment on the PSP a 2010 release.

God of War Ghost of Sparta APK game looks and plays great on PPSSPP for Android. it also sounds really good and has some new combat refinements and cool new weapons and magic. consistency is the name of the game here and like the other god of war installments as you travel from point A to point B mangling every creature in your way you’ll see some fabulous environments. crush a lot of enemies using QuickTime events as we all know kratos is not just a fighter he’s also a lover.

The story and the gameplay is a lot fun here. You will also get to see few puzzles in your way. God Of War Ghost of Sparta is such a unique game for you to try on PPSSPP for Android. God of War Ghost of Sparta APK is optimized to work on most of the android devices smoothly running on 60 FPS. Most of the time you will see 60 FPS Gameplay but it may defer depending on devices. Since Highly Compressed God of war Games is added in PPSSPP Collection so people on limited data can easily get their favorite action game.

ALSO TRY GOD OF WAR 1 CHAINS OF OLYMPUS ON ANDROID

What’s In The MOD:-
Optimized with Max Graphics Possible(Use Skip Buffer if you are not getting 60 FPS)
Highly Compressed (Only 450 MB) (After Extract 1 GB)

Install PPSSPP GOLD APK,Extrat Rar File so you will get GHOST OF SPARTA ISO file. You can Run this ISO File in PPSSPP. After extraction your game will weigh 1 GB in size. Comment your Favorite PSP Game in comment section. Also Share our Posts,This will surely motivate us to bring more amazing games.