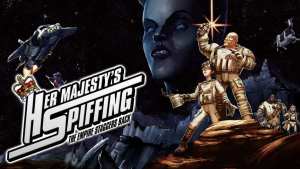 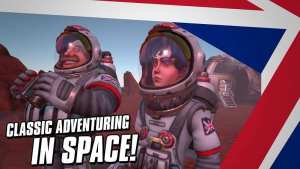 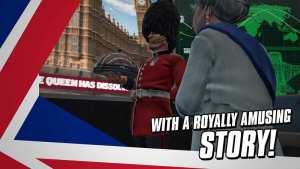 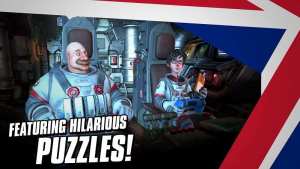 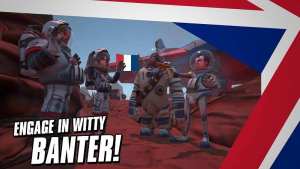 After so many praising and positive user reviews on PC and Console Her Majesty’s SPIFFING (Special Planetary Investigative Force For Inhabiting New Galaxies) an adventure game arrived on Android and its from BillyGoat Entertainment Ltd. Her Majesty’s spiffing is a short but very good point and click adventure game with funny dialogue and amusing characters. you are part of a two-man crew searching for a habitable planet to colonize on behalf of Great Britain. the story is cute and silly I was satisfied with the ending. Her Majesty Spiffing is a paid premium game with no IAP but you can get its Android APK Free from Andropalace.

I was satisfied with the ending but it definitely leaves the story open for a sequel. the dialogue is full of witty banter and has a whole lot of puns that made me smile several times during my playthrough the game also makes many references outdated real world things and other games which I found to be quite funny. does anyone else remember Clippy and how cute but extremely annoying he was the point-and-click gameplay was as expected.

You have to click around to move and choose what you want to interact with and then decide how you want to try and interact with it. the puzzles are fairly straightforward and they don’t offer much of a challenge and the game does acknowledge that fact movement felt on par with other point and click adventure games that I’ve played. the character usually cooperates but sometimes when the camera angle changes it causes you to walk the wrong way there was only one area where I would try to click on the arrow to move to the next screen but the character wouldn’t go and another area where both characters are moving around and you collide it’s not a big deal just a minor mistakes.

The character animations look good the environments look decent as well but even with the anti-aliasing turned on it still looked like there were some funky edges the voice acting was decent and the soundtrack was fine most of the sound effects were good. however the footstep sounds got on my nerves but at least there is a separate volume slider to lower the sound effects. completed the game in about two and a half hours but I expect many people will take around three to three and a half hours. overall I enjoyed the game especially all the witty banter and out of game references that came along with it. so I really do hope that the developers make a sequel. this game is a good pickup for those who enjoy point-and-click adventures.