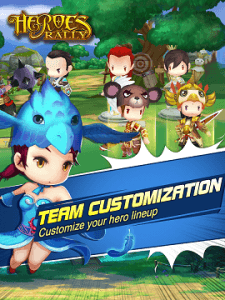 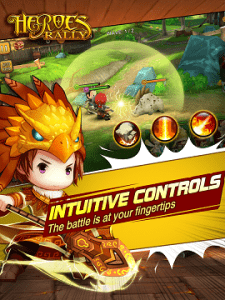 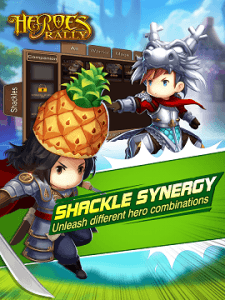 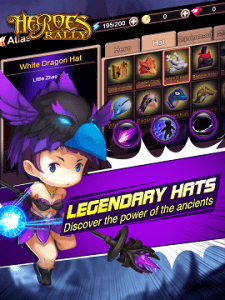 Heroes Rally Global MOD APK+DATA Heroes Rally is a brand new card-battle RPG game with a cute style and amusing storyline. The game features many famous heroes as well as complete team customization for you to battle with them in whichever combinations you choose. Feel like challenging your friends? Heroes Rally also features an intense PvP experience via the arena, where you will always find opponents waiting to test your skills. With diverse gameplay and stunning graphics, it’s no wonder that already thousands of players cannot put the game down!

[Game Background]
In the very quiet eastern world resided some very peaceful people, until one day a meteorite fell from the heavens, breaking open a seal that had been long forgotten. The dark force that had been contained inside for so long began to run rampant everywhere. All living things in its path were infected and transformed into monsters, bringing the world to great distress. Luckily, there were little heroes that stepped forward with courage! These were the heirs to the hats that had been left from ancient. To stop the destruction, and resist the rampant evil, these heroes began their journey to defeat the Devil King!

[Features]
1. Customize your team by adding up to 4 different heroes to your team lineup.
2. Collect over 30 different heroes, each hero having different synergies and counters when combined with other heroes. Try different combinations to surprise your opponents and take your strategy to the next level!
3. Discover over 100 cute legendary hats to equip on your heroes, each granting your heroes different buffs and bonuses.
4. Use hero ability synergies to chain attacks together and unleash endless combos on your opponents.
5. Control the battle with intuitive controls, simply swiping on the screen to cast abilities and command your heroes.
6. Battle in several different environments, providing a unique battle experiences.
7. Participate in realtime arena battles, giving an exciting and memorable PvP experience.