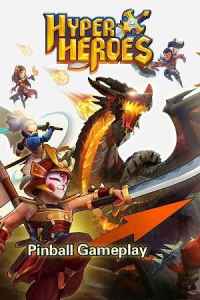 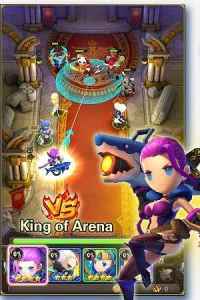 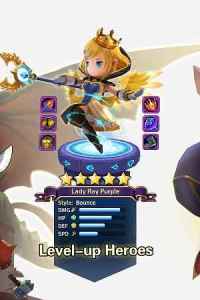 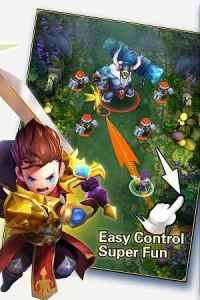 Hyper Heroes Marble-Like RPG MOD APK is a game where pinball meets action RPG. If you have played slingshot warriors then you will surely enjoy this game. a game from 90KM Limited about defeating enemies,collecting heroes and farming until you are bored of it. how many times we have seen heroes word in the titles? its just another RPG game with a team of heroes defeating enemies with slingshot styled or should i say pinball style gameplay. Hyper Heroes MOD APK will give you boos in attacking part and defensing part so you can kill enemies in one hit kill.

Mobile gaming industry proven to be very profitable among fellow developers. we have seen such millionaire games like clash of clans and summoners war. there are so many RPGs in this list as well. Following the trend we are seeing so many RPGs and strategy games coming every week. Hyper Heroes MOD APK is one of them but it has some different gameplay and freemium system. A perfect combination of marble like gameplay with action RPG theme.

Hyper Heroes has innovative gameplay and this is the reason why i have tried this game. after playing quite a while i understood that the main idea is from monster strike game. monster strike is quite famous game in japan and we have also uploaded its MOD APK on Andropalace. Still Hyper heroes has neat and clear gameplay with amazing looking graphics. you gotta give it a try.

Basically Gameplay is like you hold your finger on the screen and you will see guideline where your heroes will go. if your heroes touches any of the enemy then your heroes will damage them. same goes for other heroes. its a turned based game so one by one all your heroes will attack and your enemies as well. so aim well on the enemies.some hero will heal you or others will help you damaging the enemies.

Now Talking about the MOD how to activate Hyper Heroes MOD on Android and what is it about.

Its about increasing player and heroes damages including Physical damage and magical damage so they can simply kill enemies in one hit kill. sometime you will feel like your heroes are not dying its just because they are immortal and we call it GOD MODE in here.

Characters does not look unique at all. i have seen so many of these characters in DOTA2 PC game.Its a common idea now just take characters from any famous PC or Console game and change their names or little bit design and publish the game in the play store. almost every RPG game developers are following this path. hyper heroes is still growing day by day with its new updates. following its unique gameplay and amazing graphics quality i would say they will grow more in future.

What’s In The MOD APK of Hyper Heroes:-
Increased/Damage/Health