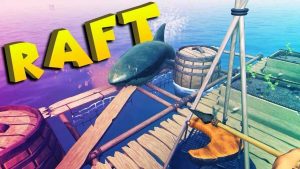 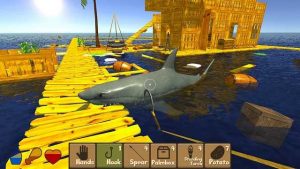 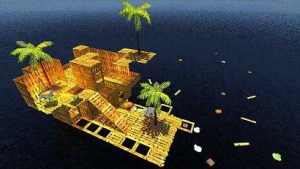 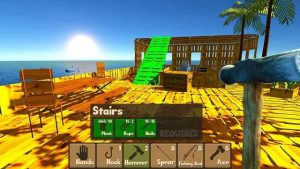 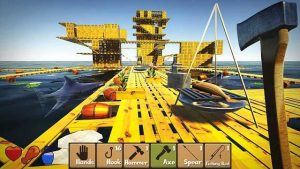 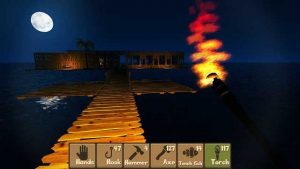 RAFT Original Survival Game MOD APK is an offline survival simulation Android game from PlayHotGames. If you have watched a Hollywood movie Life Of Pie then you will feel it. but in here we do not have boat and tiger but here we have a raft and we have to take our raft to other levels and build a beautiful palace in the water.I think developers are pretty much involved only in this game that’s why their Play Account name is same as the game title. If you have played Raft PC game then you will have big idea what this game is about. Available freely in the play store but requires IAPS to remove ads and unlock new MAPS and for Gold Coins. use Raft MOD APK so you will have all these premium features unlocked for free including Unlimited money.

Basics of this game game is you’re on a little Raft, it’s like a little wooden board and you’re stranded in the water in the middle of the ocean somewhere we don’t know there’s a shop that swung around but there are bunch of materials in the water i would scrap metal and it’s like that you gotta pick everything up and build your base like you’ve got to turn your little RAFT in to a big living environment. so it’s crazy, it’s a different type of survival I love it and they finally got the official one for mobile now there are bunch of FAKE Raft Survival Simulator game available in the play store but the legit one is only this one which is uploaded on Andropalace.org with MOD APK Raft Original Survival Game.

Its a unique game you have to craft things and find stuffs from the water. stuffs in the water and how to catch them? simply using your hook. find materials and build hammer,rope, walls and so many other stuffs you can build. There are other things which you can do is go on cooking,fishing, plant trees on your Raft and build great terrain just like you want. Amazing graphics and beautiful water effects with simple yet effective and easy to learn gameplay its a completely new and unique android game and a worth try as well.