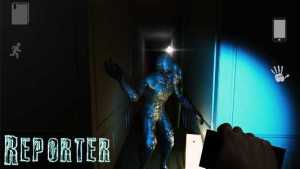 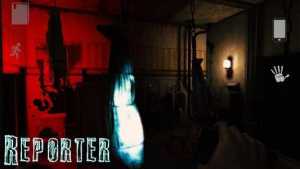 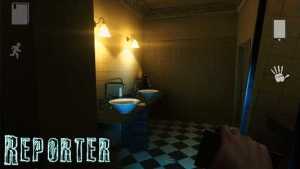 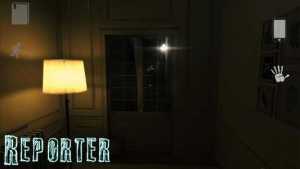 Reporter is an offline horror Adventure game from AGaming+. This developers are pretty much famous for their horror titles like mental hospital and the light. their way of story telling and dark horror topics makes their game more memorable than ever. The most positive thing about their game is that they do not implement IAP and AD in the games. their most of games are premium and price tag is small so most of the gamer can afford it. well Reporter APK is added on Andropalace.try it.

Gameplay is quite same as other horror games but this time protagonist is using his camera flash to see things in the dark. Its good that now finally our darkness heroes are using technology until now they were rely on torches and some games made this their objective like finding batteries etc etc. just joystick to move and use hand icon as action button. creepy music with amazing gameplay.simple yet effective. follow the path and complete puzzles and watch out from the zombies type ghosts which will haunt you well.Report has great graphics while zooming at some points you will see its in-depth graphics settings which is great.

Unlike other horror games this REPORTER Horror title has some dark story and it looks decent. story is like,All the story began in a residential community. Once on a brilliant day, the town was stunned by arrangement of loathsome kills under frightening and mysterious conditions. Police have attempted to conceal the actualities, yet some data released and was distributed by neighborhood press. Attempting to comprehend what has occurred there, you begin your scan for reality. In any case, all of a sudden, you turn into the piece of the story that you’ll recollect till the finish of your life. Everything relies on upon you, will you unwind this plexus of frightfulness and bedlam and survive? story unfolds when you progress in the campaign. game is short and the story is short as well but since its an offline game and pretty much based on original contents you should be playing it if you love horror titles.