The Conduit HD APK Remastered for All Devices Support

The Conduit HD was a Tegra Exclusive Android game, Later Released on Non-Tegra Devices as well. It was a Gem at that time with amazing graphics and gameplay. Now we have made its Remastered Version which will work on all Android Devices. If you would like to try this classic gem then this is the time.
Download APK
5.0/5 Votes: 2
Report
Developer
High Voltage SoftwareVersion
1.07
Updated
January 11, 2022Requirements
Android 2.2 and Up to All Android
Size
750MGet it on

“The Conduit HD” is a first-person shooter game that tells the story of an alien invasion of Earth, this time in Washington, the capital of the United States. A group of aliens named “Druches” have invaded Earth, ready to plunder our resources and turn humans into captives. Compared with other games of the same theme, the player in this game is not a hero who saves the world, but a mercenary who simply collects money to do things. The weapons to choose from in the game are very diverse, from traditional pistols, shotguns, submachine guns, to sci-fi laser guns, stun guns and biological weapons.

Download The Conduit HD APK Remastered for All Devices Support

1. There are more than 14 kinds of enemies, including humans and aliens who are good at different attack methods and weapons

2. In terms of weapons, there are 18 kinds of weapons for players to choose freely

3. Players can choose which buttons to display on the main screen, or use different operation modes to control the actions of the protagonist.

The Conduit is a game made by the game developer High Voltage Software using the self-developed game engine Quantum3. Don’t underestimate this engine. Looking at the actual Gameplay screen of the game, the display effect is much stronger than we imagined, and in terms of special effects The performance is also very good.

This game called Conduit HD is not exclusive to the Android platform. The game developers have also released this game on the xbox360, PS3 and wii platforms at the same time. If you use one sentence to evaluate this game The Conduit HD is “a high-quality 3D game that combines sci-fi, shooting, and horror elements”. I have to say that even though there are many masterpieces on the Android platform recently, this Android version is still worth playing.

Install APK,Place data in Android/obb/ and play. (Thanks to KOMODIAS for the amazing Remastered Game) 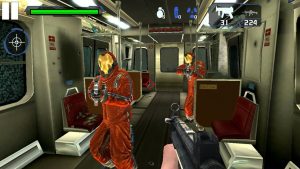 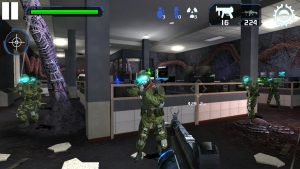 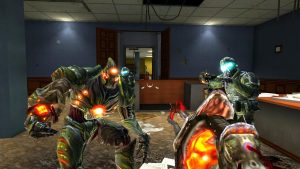 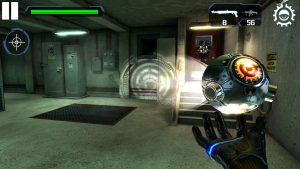