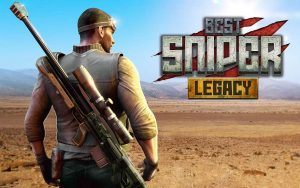 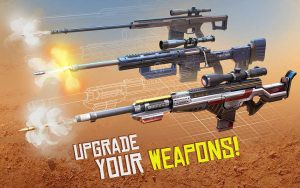 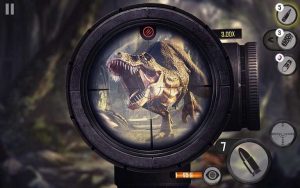 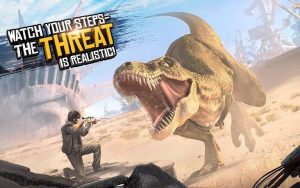 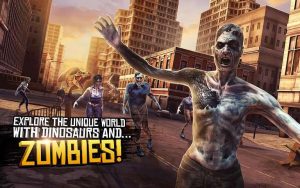 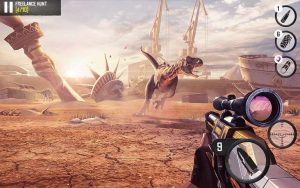 Best Sniper Legacy MOD APK is now finally Released on Android as well. After a huge success on IOS this sniping game is available on Android. Third person shooter jut got better and Stronger than ever. This game will surely remind you of Deer Hunter Series on Android. Here you will be facing huge dinosaurs and deadly zombies. Action adventure game where you just have to shoot the animals and earn rewards. Here you will have Best Sniper Legacy MOD APK for Unlimited Money.

In Best Sniper Legacy MOD APK You will be taking out wild dinosaurs and bloodthirsty zombies in this First Person action shooting game from T-Bull Developers. Game has a little story about an abnormal experiment failure resulted in deadly animals and zombies roaming free in the wasteland. As an elite shooter, you will need to take them down and save the earth. It’s a complete sniper game where you collect rewards and complete more missions. Earning more rewards meaning unlocking more new weapons and perks. Since here you will have Unlimited Money so the Grinding part will not be needed.

The gameplay is as seen in the Deer Hunter series but the campaign and few new gameplay elements surely looks great. The story driven campaign and extra missions are good to complete in wastelands. There are different challenges to complete for bigger rewards. Graphics looks just like mad max game since you can not move while playing you will not be exploring the world. The amount of dinosaurs and their locations are well worth it. You will be facing good amount of different dinosaurs in different locations. The ever blooming Slow motion bullet cam is here when you make a headshot. If you like sniping games then Best Sniper Legacy MOD APK is an amazing option.