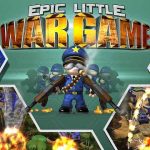 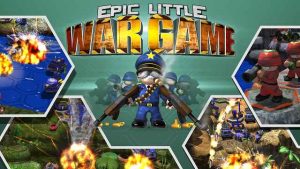 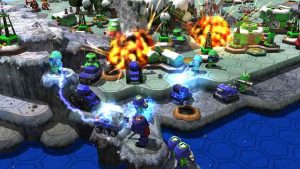 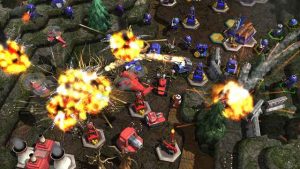 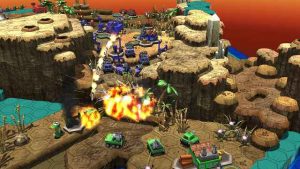 I don’t know if I’ve ever played an Android game with a more appropriate title. Seriously, someone deserves a raise for this one. It’s an Epic little war game APK and sequel to Great Big War Game from Rubicon Development which has just arrived in the play store.A strategy Epic War Game for Mind freak lovers. And as if its title isn’t reason enough to check it out, the game includes “no birds or zombies” on its list of notable features. From Rubicon Developments, the Epic Little War Game Android APK is a turn-based strategy game in which you take control of an army that attacks its neighbors for no apparent reason. Available with a price tag in play store but you can get its APK free from Andropalace.

So I guess you’re the good guys in APK of Epic Little War Game? Nonetheless, you have a variety of infantries at your command. You earn coins with every turn, and with those coins, you can deploy as many men as you’d like. You have grunts, who are your all-purpose ass kickers; you have snipers, who can dispose of the enemy with one shot from a distance; you have engineers, who can fix crap and break into bases; you get the idea. Each mission has a different objective, and as the game wears on, they become progressively more difficult.

You start with simply killing all the other guys, but soon, you’re protecting your general and you’re taking over enemy bases. I’m terrible at strategy games, so obviously, I found the missions very challenging. There’s little tutorial to speak of, either. The game just throws you in and makes you figure things out on your own, but this actually works in its favor. As you explore the game and experiment with different strategies, you come to appreciate how much freedom the Epic Little War Game APK affords you.

Epic Little War Game Android is a surprisingly sophisticated strategy game, despite its playful appearance. In fact, the game reminds me of a turn-based Battalion Wars. The characters have a charming, almost toy-like appearance, and not a drop of blood is spilled as you snipe them from the hillside. spending coins haphazardly on unnecessary soldiers probably isn’t the best approach, and the game forces you to really develop a coherent plan of attack. You have to assess the landscape, consider the attack range of your soldiers…it plays like a board game, basically. only with guns. Epic Little War Game apk features new modes like Co-Op Mode and online PVP mode which are kinda famous and it can be found in any new Android game. some other feature like Random map generator will keep you playing this game for hours and hours.