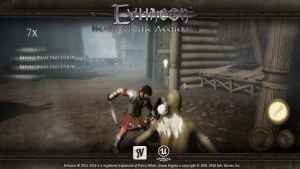 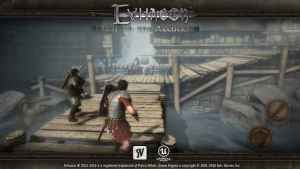 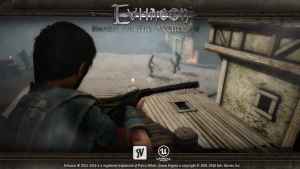 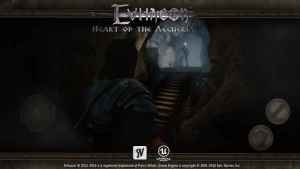 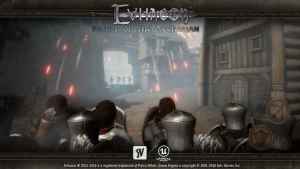 Evhacon 2 APK Full Version Heart Of Aecherian is an offline action game from Retroverso Games. If you have played Ryse Son Of Rome on PC or Console then you will surely compare this game with ryse. Developed using Unreal Engine This game is ready deliver amazing looking graphics in our Android devices. A hack and slash RPG about a solider or centurion on a quest to defeat their great enemies.well you will think where is evhacon first? then you must step away and try Evhacon 2 if you still want its first part.

Game starts with a simple cinematic about upcoming war and dead bodies.soon you will be offshore to fight enemies. you will be seeing text based story telling a while then game starts. no tutorial and no info about what to do. built on Unreal Engine but still looks like a smallest indie game that features some hack and slash gameplay in little bit of good graphics. Evhacon 2 APK is a premium game in the play store and you can also try its demo version for free.

Graphics of evhacon 2 looks damn good its running completely fine on my SD621 device with 60 FPS. Amazing scenarios and game design and you will start hoping for a great adventure game.you will feel like playing AAA quality game on your phone and soon you will fall on your knees after playing it a bit. Because gameplay of Evhacon 2 is not that impressive. Its repetitive and boring. You have to swipe up on left side of your device to walk and use sword and shield button to attack or defend. while walking you can not even move camera and you will have to stop at one place and the move the camera.

Combat system looks so dull in comparing to other games which were built on unity engine. in the beginning you will die for sure because you are not used to its controls. enemies attacks from all sides and you can just attack on one side. Controls are really that bad.you will have to switch enemies in order to kill them.

Evhacon 2 APK MOD looks promising but it is not.there is a level based system and skill points system. in-game currencies are there as well you can use it to purchase weapons or upgrades.since its an offline action game you will play it for sure.i would recommend you to try it once.

What’s In The MOD APK of Evhacon 2:-
Unlimited Money