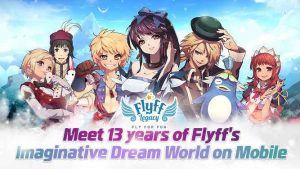 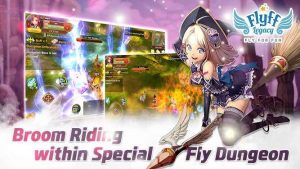 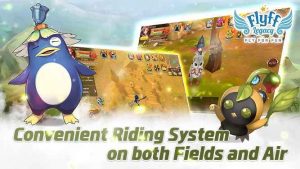 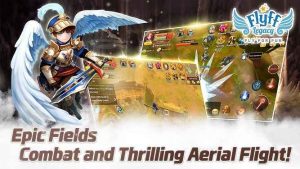 Flyff Legacy MOD APK aka Fly For Fun arrived on Android. Its an online anime inspired RPG Android game developed by Entermate. Flyff is a classic PC game released back in 2005 as an MMORPG title. Received good applause and most of all it got famous for its co-op dungeons and addictive gameplay. today we are getting its Android version which is now called Flyff Legacy. mainly focus on appearance, customizations,up gradations and making new friends online. Its a freemium game so you can not play it offline or you can not have Unlimited money or coins from it.so use Flyff Legacy MOD APK Hack which will give you GOD MODE so you will be immortal while playing it.

So this game was out back in 2005 so it’s definitely an oldie classic game.twelve years old which is pretty nuts. so in the beginning you will get to choose your character and set your name. I made a few hours ago I got myself a level 15 in like three hour two to three hours of casual grind. you will be seeing a bunch of people in the game the starting area is still fairly packed. it’s always nice to see when you first get into a game. see yourself and see an area pretty busy and there are a bunch of people still playing this game.

Since its a port from Flyff PC Game, the visuals aren’t great. In the beginning it of the game Auto Play ruined some of my early moments because you just have to accept quest and receive rewards that’s it. what’s the meaning of this where you can not actually play it. It becomes like point-and-click game and not an online RPG game. leveling up is still a bit of a slow process however you talk to buff panning in town and get tons of free buffs and it makes it level up a bit quicker.

This anime stetic holds up fairly well it’s obviously not great but it still holds up fairly decently. one of the games that I believe it’s for those who loves to try something which they had played in their childhood. Flyff Legacy MOD APK is not that impressive but still its pretty neat and clean for the MMORPG lovers. since its a new game you will have chance to use Flyff Legacy MOD APK and it might gets fixed soon so enjoy it before MOD Era Ends.

What’s In The MOD APK of Flyff Legacy:-
GOD MODE (Use MOD Menu)