Play this Amazing Offline PC Game on Android which exactly played and looks like better version of Stardew Valley on Android. Released on PC and Consoles in 2019 this indie game is finally available on Android with amazing Touch Controls and its rich gameplay contents.
Download APK
4.2/5 Votes: 17
Report
Developer
NuverseVersion
1.0.11225
Updated
December 13, 2021Requirements
4.4 and up
Size
1.1GGet it on

“My Time At Portia APK Edition” is a role-playing offline premium game with adventures and cartoon elements developed by Nuverse. Portia is a simulation RPG game, the world background of the entire game is set as a new world rebuilt on a piece of wasteland. In this new world, the population is relatively sparse, and the remains of previous civilizations can be seen everywhere.

Game story:-
“Portia Time” is a simulation business RPG game originally developed by Pasiya Technology. The Story is simple The Civilization is perished and what left is their remains. Relying on the output of these relics, civilization is slowly recovering.  The Story takes place in Portia Town where you need to collect different relics and materials and build your own village. Gather Resources and fight evil enemies in order to protect your Portia Town.

In this open game world, players can collect resources by cutting trees, gathering, and mining. There are also some different areas around Portia for players to explore, such as deserts, islands, reefs, highlands, swamps… and so on, and each area has its own unique monsters and output. There are also two different types of ruins in the game. Players can collect ores and resources from abandoned ruins, and they can also fight monsters in dangerous ruins and obtain rare pre-civilization creations.

1. Fixed the outfit pack for female avatars in "Country Passion" where the outfit displayed does not match the actual one
2. Fixed the "Extra Drippy" outfit's bandage display glitch for some face models
3. Resolved an issue regarding Chinese language displayed in English settings on iOS devices
4. Fixed pricing display errors for specific regions
5. Fixed the issue of skin color not being randomized during random character creation

Use SAI APP INSTALLER (FREE IN THE PLAY STORE) to Install this APKS File. You can also use our Dedicated and Recommended File Installer. 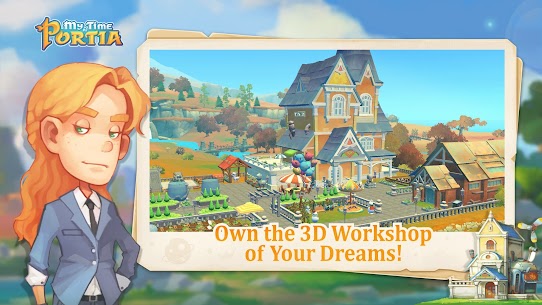 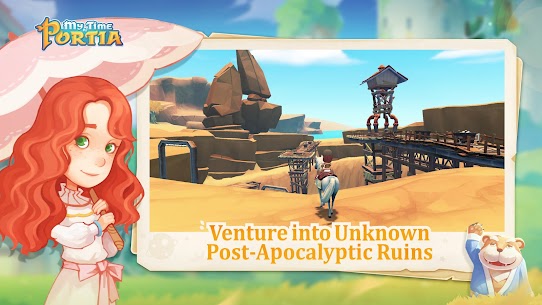 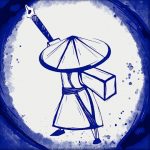