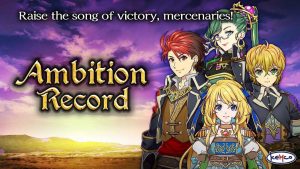 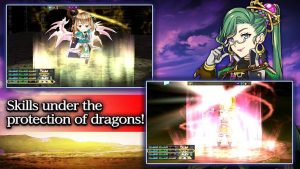 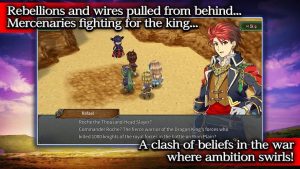 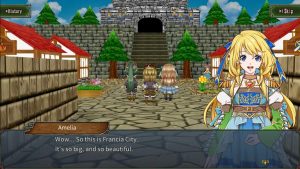 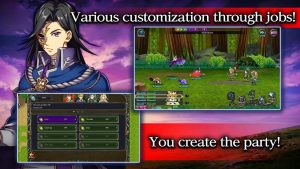 RPG Ambition Record APK English is the latest offline RPG from KEMCO. Kemco has been making premium RPG Games since ages. Their top lineups are like djinn caster and many more. Developers are keen to making premium RPG that tells an amazing story. The graphics are not that good in their games but the gameplay and story is what you makes their games amazing.

Right now RPG Ambition Record APK MOD is released with new version 1.1.0g that offers new English Language. Its been released before but the English version of Ambition Record is just released in the play store. It has amazing party team up gameplay with turn based combat system. The character animations and colorful graphics are amazing to watch.

The RPG Ambition Record has a Fascinating story. In this exciting role-playing game, you have to crush the rebellion of the Count’s troops, who decided to throw the King off the throne and take his place. The methods by which he is guided are forbidden and cunning. The chancellor who was on your side unexpectedly sided with the rebel, will you cope with this chaos and confusion? First you have to assemble a team of heroes who will help you restore order to the Kingdom. You can customize each hero with the help of various skills, weapons and armor. his behavior during battles depends on this.

Use deadly attacks against enemies, and also feed your wards with the power of dragons. Define for them the characteristics, skills, abilities, as well as equip powerful weapons and armor. Improve their characteristics and equipment as you progress through the game, as the further you go, the stronger and more cunning your enemies will be. This game has colorful and nice graphics, a well-thought-out hero leveling system, exciting quests, simple controls and addictive gameplay. RPG Ambition Record APK is a true offline RPG Game.