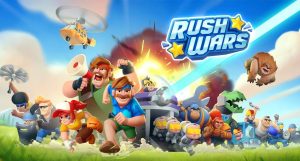 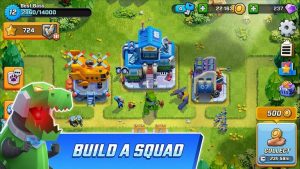 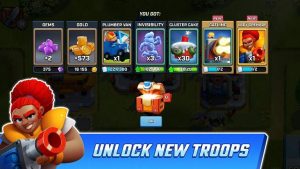 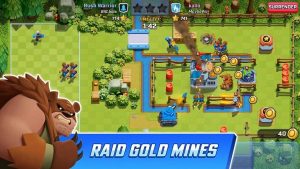 Supercell just announced and released an absolute bombastic its latest game, Rush Wars, mere hours ago. Supercell’s brand new game RUSH WARS APK MOD is now available right now on ios and Android. Rush Wars MOD APK is available in certain soft launch countries like Canada,Australia and New Zealand. Ill explain how you can get your Rush Wars Android game to play from any country you live in. Its easy and playable from all the countries.

Download Rush Wars APK MOD and Play in All Countries

Here Rush Wars is a multiplayer strategy game just like clash of clans and Boom Beach. This game challenges you to build your own squad of different characters and use them to destroy and loot other players base. Rush Wars is a pretty simple very supercell-esque type of theme. you’ve got a headquarters think of that like your town hall in clash of clans. you’ve got your lab where you can upgrade your troops. Very similar to the lab in Clash of clans. In Rush Wars you have a helicopter just like in Clash of clans you got Army Camp. The bigger level it has the more troops you can bring in the battle. You have spells,commanders and troops.

Now the Question is how you can play Rush Wars APK in any country. It’s as simple as using VPN Applications. Just few steps required and you can simply download this soft-launched title from the play store. Its currently available only in Australia,Canada and New Zealand. Download APK File from below or use VPN Guide from below in order to download Rush Wars from The Play Store.

There Are Two Ways to Play Rush Wars in Any Country:-
1) Use VPN and Download Rush Wars From The Play Store.
You can use UFO VPN or EXPRESS VPN to Do it. Connect To Canada using UPN and Clear Data of Google Play Store and then try Downloading the Game.