Streets of Rage 4, known in Japan as Bare Knuckle IV (beanatsukuru IV), is a side-scrolling beat-em-up developed by Guard Crush Games and Lizardcube, released by Dotemu on April 30, 2020, for the PlayStation 4, Nintendo Switch, Xbox One, and PC. Now Streets of Rage 4 APK is Released on Android and ios and available to download for your android devices on Andropalace.

Streets of Rage 4 recalls the gameplay of the classics, but Streets of Rage 4 stands on its own as a completely original arcade-style romp, thanks to the skills of Guard Crush Games and Dotemu. Carrying over gameplay styles from earlier entries in the Streets of Rage series dating back to the early 90s, Streets of Rage 4 is a sidescrolling beat-em-up where up to four players locally or two players online battle waves of enemies, assisted by throwaway weapons and item pickups. Set ten years after Streets of Rage 3, Streets of Rage 4 features a number of returning characters along with new fighters.

With lush hand-drawn animation, new fighting abilities, and fresh tracks by a stellar group of composers, Streets of Rage 4 is set to be an exquisite homage and rebirth for classic action fans. The series is known for its influential electro-dance music across the globe. In addition to the 5 new characters, unlock and play your favourite pixelated characters from the previous Streets of Rage games such as Axel, Adam, Blaze, Skate, Max, and many others, complete with their retro-styled sound effects, within glorious hand-drawn urban environments rendered in glorious HD. The base game features five major playable characters; series veterans Axel Stone and Blaze Fielding, Adam Hunter, who originally appeared in the first Streets of Rage game and is unlocked by playing through the story, and two all-new characters; Cherry Hunter, Adams daughter, and Floyd Iraia, part-cybernetics trainee doctor, in a new game.

Streets of Rage 4 is also controller friendly (both my Razer Kishi and PS4 controllers worked flawlessly), it will auto-detect your inputs, since touching the screen will bring up the on-screen buttons, and using the controllers will cause the virtual pads to fade away.

Streets of Rage 4 is now live!

DLCs Unlocked (Thanks to KOMODIAS for the Amazing Patched Game) 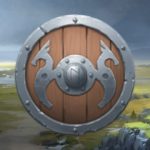 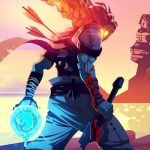 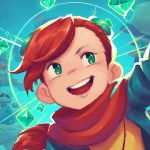 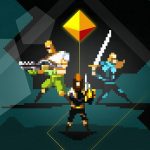