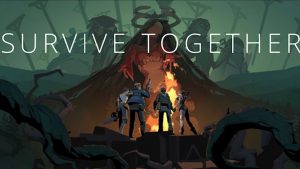 After Last Day on earth went super viral we have seen dozens of zombie survival games on Android and ios. So why we didnt get a survival game from Gameloft yet. well we have one right now which is in soft release status. Its Survive Together APK from Gameloft. A unity based gameplay with little tweaks in action gameplay but most of the surviving parts are straight taken from LDOE Games.

A world full of zombies,witches and some dangerous creatures and what you have to do here is survive. There are so many similarities between Survive Together and Last day on earth. Both games are online survival Android games which of course set in post-apocalyptic semi open world settings. There are major features similarities like gathering resources, building a house or shelter and completing different quests and missions.

The gameplay of Survive Together APK Android is quite different and has huge advantage over LDOE. Even though Last Day on Earth has some of the best graphics of its genre, and Gameloft just copied from their other games to create their graphics for Survive Together Zombie MMO. Gameloft’s attention to detail is remarkable and their 3D World is expansive.

looking for a survival mobile game with awesome graphics,then Survive Together MOD APK is the clear winner in this category. But the most Zombie survival games are about grinding so this game is. When you first start Survive Together Android game, it feels like way less of a grind. Gameloft did an amazing job creating adventurous survival game. The first way they do this is in how they set up advancement in the game. Gameloft does an incredible job of making you feel the satisfaction of advancement.

Since Its as good as LDOE you will be waiting for Survive Together MOD APK for Free Craft,Split Items and Menu MOD right. well its just released and since its a unity based game you will get MOD APK real soon. Till then enjoy its soft-release and expect some bugs and glitches as well.