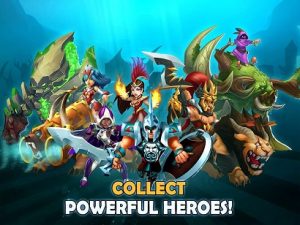 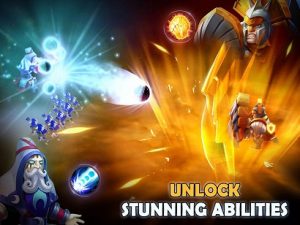 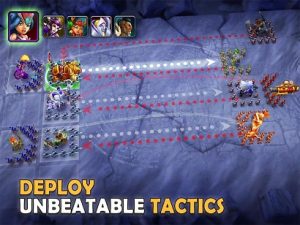 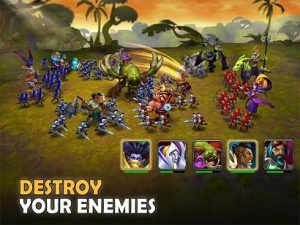 Wartide Heroes of Atlantis MOD APK is an online heroes battle RPG Game from Flaregames. Developers behind the successful titles like Royal Revolt Games. Wartide MOD APK will give you full scale skill option to defeat opponents. and there will be no Mana cost at all. Gameplay is simple you have to send your troops along with your heroes and what you have to do is just tap on skills that’s it. and your heroes will fight for you. There are so many heroes and troops to choose from. Upgrade abilities and unlock new skills of every hero you get. destroy enemies with the latest hack of Wartide Heroes Of Atlantis.

Story:-
Long ago the Gods of mount Olympus divided the world between them. Poseidon ruled the sea.he bestowed to his people the ocean’s most precious treasure Atlantis. Blessed by the bounty of Poseidon, the Atlantens dominated the ancient world. Atlas, favored son of Poseidon, ruled fairly.but the humanity is ever prone to hubris. Gabrus, twin brother and rival of Atlas,coveted the throne. A brutal civil war ensued. Poseidon unleashed his rage and now its up to you to unleash and save the Atlantis.

What’s In The MOD APK:-
No Skill Cost
Unlimited Mana