Half-Life 2 Episode One APK All Devices

I assume you guys have completed Half-life 2 on your Android Devices. Now we are uploading an amazing Episode 1 of Half-Life 2 with Full Devices supports. Now you can enjoy Half-Life 2 Episode one APK on all android devices. More Episodes and Remastered games will be added more.
Download APK
3.8/5 Votes: 4
Report
Developer
NVIDIA Lightspeed StudiosVersion
79
Updated
July 5, 2018Requirements
4.4 and up
Size
2.6GGet it on

Many people argue Half-Life 2 was one of the best games ever released. But if I did have one complaint, it was the ending was a little underwhelming, and left me feeling somewhat unsatisfied, having me aching to return to City 17 and continue the adventure of Gordon Freeman.

Finally We have Half-Life 2 Episode One APK available and playable on all devices. You can enjoy this beautiful masterpiece game once again on your android devices with its full glory of amazing graphics and story-line.

Thankfully, a little bit later Value gave us the chance in the first part of an episodic trilogy. The game picks up literally right after the end of Half-Life 2. Gordon and Alyk are pulled from the rubble my D0g, and soon take on a mission of going into the Citadel to shutdown the reactor and save the people.

This is just where it starts but it is more than just a one location expansion. While being only the first part, Episode One actually does some things that really help the series. There is still the great Half-Life way of storytelling, where everything is seen through the eyes of Gordon, who doesn’t say a word.

Alyk feels so real, you would swear someone was literally controlling her. It makes the action even better with a partner by your side. And that is what you will be doing a lot.

The game goes through sections where it feels like a Hollywood action movie, with bullets flying everywhere and not much time to take a breath. But these are separated by large physics based
puzzles, that can require some time to figure out.

The gravity gun returns in a big way here,quickly getting an upgrade where now it can do even more damage. No need to pick up saw blades when you can pick up combine soldiers themselves. It is something that just never gets old. Everything that made Half-Life 2 so good is here, and even improved upon.

The impressive AI, perfectly balanced game-play of shooting and thinking, and the characters that come off as more human and artificial, makes for a game that could be said is better than its original.

Install APK File and Place data folder in Root of your android storage. 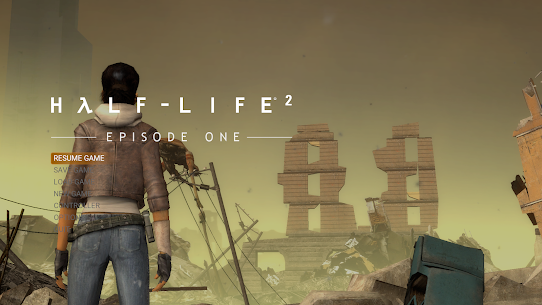 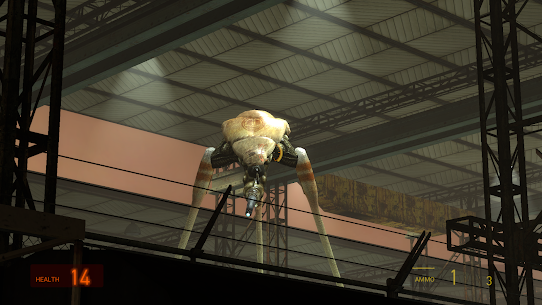 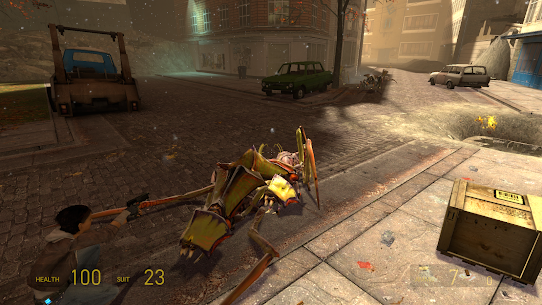 Play Half-Life 2 Episode One APK All Devices on PC

Play Half-Life 2 Episode One APK All Devices on PC 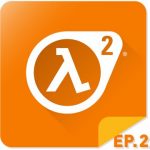 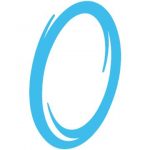 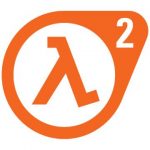 48 comments on "Half-Life 2 Episode One APK All Devices"