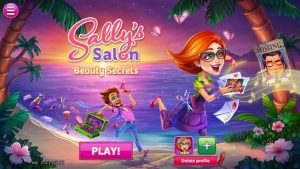 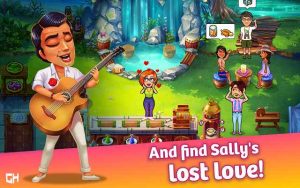 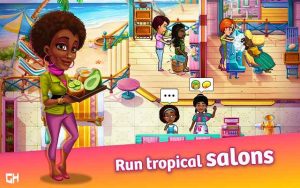 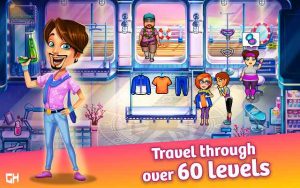 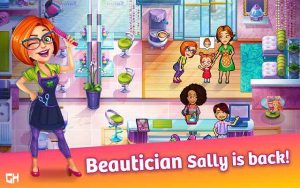 Sally’s Salon Beauty Secrets Full Version MOD APK finally arrived on Android. If you have played Time Management games like Emily’s and Hospital heat then you will have no problem playing or understanding this game. Its based on Salon Management mechanism. Sally The Main protagonist and her new friend François are making the town a little more beautiful with their own sally’s salon. At least, they were – until some breaking news left Sally bursting with excitement! and its a part where this game will leads you to purchase the full version game. since you are using Sally’s Salon MOD APK Full Version Unlocked you will have purchased full version with unlocked all levels for free.

If you download this game from the play store you will get a demo version. after around 10 levels you will have to purchase full version to unlock new worlds and levels.its their marketing strategy which applies to their all games.that’s why you will have to get Sally’s Salon Beauty secrets full version in order to complete the entire game.

Game starts with a simple tutorial about how to play time management game sally’s saloon Android. you can skip it as well if you have played their games before. gameplay is simple you have to attend customers which comes one after one sometimes two or three together. it depends on which level you are playing. higher levels will requires some basic skills to complete like faster playing and things to do faster.

Just like all other Gamehouse games this game has some sort of love story as well. its about sally and Julio. they met after around 20 years. story continues level by level when you complete any level you will discover its story part within it. unlock more secrets and romance while playing the game.this things makes any player to complete the game to know more about the story. That’s why you will have to download sally’s salon beauty secrets full version mod apk to get fully unlocked time management saloon based Android game.