Ultimate Spider-Man Total Mayhem HD APK is developed according to the Spider-Man comic book of the same name. Your friendly neighbor Spider Man is fighting to save his beloved city. He has to focus all his super powers on saving New York from the most serious dangers that he has ever seen the city. Released in 2010 for Android and IOS we now finally have a remastered version of Spider-man Total Mayhem APK MOD for All Devices.

Its an action adventure game developed by gameloft. You will have to constantly fight to stop the madness and violence inflicted by enemies who want to take possession of the city and spread a poisonous virus. Spider-Man Total Mayhem HD APK MOD is an exciting action game with modern technology and excellent colorful graphics with high-quality graphics from Gameloft. TM and Marvel Entertainment. During the game you will enjoy super-dynamic action with more than 20 different combat combinations supported by super-strength, which Spider-Man owns. Again, you will encounter 6 main enemies of the main character, who lead the city into a state of shock and madness. Sandman, Rhino, Electro, Venom, Dr Octopus and Green Goblin.

High-quality graphics with rich colors and impressive animation. including the effect of Slow Motion – through which, the hero in your hands will simply become invulnerable! You will have to pass 12 levels in different parts of New York, just like in the history in the comic.

– Ultra-dynamic Gameplay with over Twenty combo hits
– Ability to fly around the city with the help of the web, as well as capture enemies
– 6 powerful enemies: Sandman, Rhino, Electro, Venom, Dr Octopus, and Green Goblin!
– Comic-style graphics, bold colors and impressive animations, including slow motion, create an incredible atmosphere.
– 12 levels to complete in different difficulties
– Ability to open a black suit

Thanks to DAVID RICE for the Amazing Remastered Game 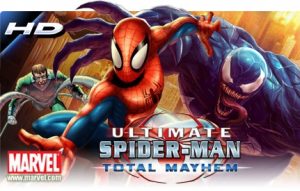 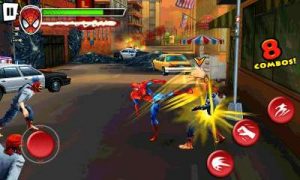 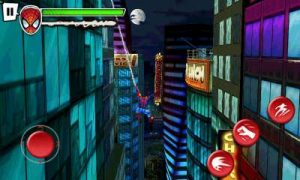 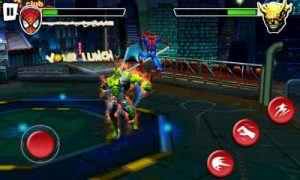