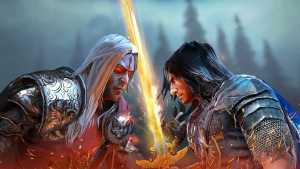 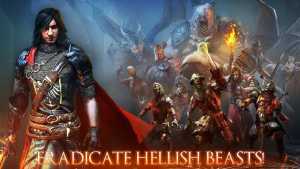 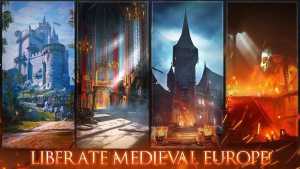 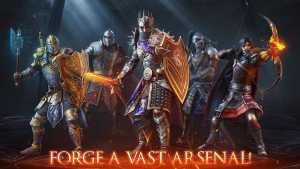 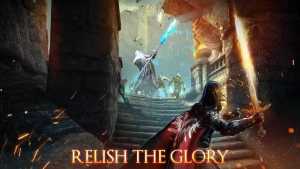 Iron Blade Medieval Legends from Gameloft arrived on Android but currently in the unreleased beta version. hopefully there is no country restrictions for now like other soft launched android games. you can easily play Iron Blade with MOD APK for Removed license to fix the License Error. This game is almost like Wild blood but different in many ways. Tap and swipe gameplay with amazing crispy looking graphics we have seen in mobile gaming universe. Iron Blade is just another online game from gameloft where you can raise your town and attack on other players. get epic loot and keep upgrading your fortress and your player.

In epic 5 chapters campaign you will be fighting with vampire in Transylvania and so many other different enemies including boss battles in each chapter. Gameplay is easy you just have to tap to attack enemies and swipe to block and hold to give special attacks. you can not move your player because when you encounter enemies you will have few touch options to kill them when you are done you will be walking automatically to other enemies. different skills can be used simultaneously to defeat hordes of zombies all together.

Action RPG touch with amazing looking graphics from Gameloft’s updated game engine.It looks almost like playing PS3 AAA quality game on Android. There is a simple story about defeating big enemy BAAL who is returned to rule the world. Defeat the Baal and save the world. Almost 90% RPG games in the play store does not focuses on story telling at all. Its just a game of Stats if you have spent more money and more time on online RPG games then you will have bigger stats of your heroes and you can win easily in arenas and leader-boards. They just focus on various grinding systems and nothing more. Iron Blade Medieval Legends may be look good and can be finished without spending money but there are plenty of offline RPG games which easily defeats online RPGs easily.

If you are a fan of High graphical Games with nice touch combat system then Iron Blade Medieval Legends is for you. you will get to fight bigger enemies, full stylish combat moves and some upgrading system which is quite addictive. There is a strategy COC like stuff in this RPG game where you can steal resources from other players and upgrade yours and they call it PVP. Try it use MOD APK Iron Blade which has license removed.