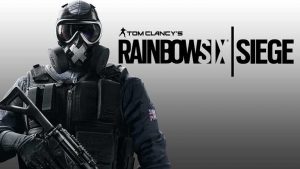 So you’re a new recruit to “Rainbow Six Siege Mobile. (Medal Of King)” You’re about to join one of the greatest gaming communities on Android. But you may be wondering, what is “Rainbow Six Mobile?” Rainbow Six is a game where multiplayer is at the center of the experience, focusing on game play that is just the right mix of tactics, destruction, and unique heroes that called operators.

Game servers comes alive just few hours ago and here we are uploading this game for you. Rainbow Six Siege Mobile APK requires Android version 4.4 or Up. Also you will need 1 GB of free storage to install APK File in your phone. Instructions to download Rainbow Six Siege Mobile is simply. Follow Download instructions to get your Mobile APK which is clean and secured. The Only Problem you will face is the China Language. English Version Update will be added here shortly.

“Rainbow Six Mobile APK Medal Of King” features three different team death match online game modes, hostage, secure area, and bomb. At the beginning of each round, there will be time for preparation. Defenders will be able to set their defenses with a variety of tools and gadgets. Attackers can send drones to recon the map, locate threats, objectives, and prepare their attack.

Operators are truly the heroes of “Rainbow Six Siege.” Choosing amongst dozens of highly trained operatives from all over the world, each operator is specialized in either offense or defense, owning tools and gadgets unique to them. Some operator gadgets allow them to set traps. Others excel at breaching. Mastering each skill and gadget will be key to your survival in Rainbow Six Siege Mobile.

There are a variety of maps to choose from in Rainbow Six Siege Mobile, with more being released at later time. your strategy, tactics, and choose your operators accordingly. Some will force close encounters. As for others, mastering medium and long range engagement will be key. “Rainbow Six Siege Mobile Medal Of King APK” will be constantly evolve, with free updates, new maps, and operators. But it’s more than a game.