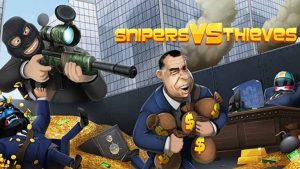 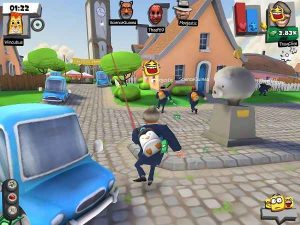 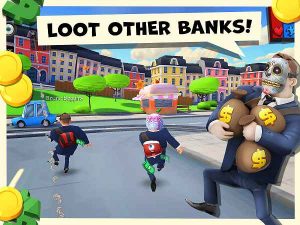 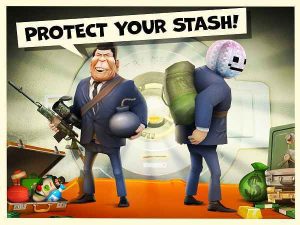 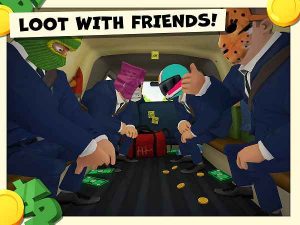 Snipers vs Thieves MOD APK FPS Clash is a symmetrical multiplayer game from PlayStack. Play store is full of Multiplayer PVP games but lack in unique multiplayer games. Now we have something new to try.We have Snipers Versus Thieves. Its a Multiplayer PVP Heist game. so one player is a sniper four other players are the thieves.what we have to do is stop thieves from flying away with their loots. what you can do is simply shoot them down with your sniper rifle. since you have Sniper Vs Thieves MOD APK with SvT MOD APK you will have One hit kill feature.you can also play as Thieves and try to flee from the snipers.

Do you want to loot some cash from the banker? or you want to stop thieves from stealing money? you can do both in this mobile online multiplayer game called Snipers vs Thieves MOD APK.The amount of variations and unique Multiplayer gameplay,this is what makes this game a unique and addictive from all other games. Its a highly addictive fast paced heist game. You can play with friends or player around the world its all up to you. Play as one of the 4 thieves and try flying with all cash or shoot those 4 thieves down to protect the money. Being sniper you will have to take down thieves from reaching to their van. if they does you will be failed in your task.and if you are playing as thieves you will have to reach the van with all the money at any cost.

Being Thieves is much more fun than being a sniper. you will be playing with other 3 players,in total of 4 thieves in a single match. you will have objects to hide from the sniper. you will be using Cars,trees,barrels and boxes to hide.Its almost feels like playing any stealth game. If any member in the thief gang dies then you will have opportunity to collect their loot and reach the van.In the end of the round if thieves win the round their looted money will be divided in them. Difficulty is not the problem here because its all about being a skilled player. Its a game of skills,player with higher skills will get to the van easily. only way to improve your skills is by playing the game.

On Main page you will be able to pick any side freely.you want to be Sniper or thief its all up to you. In snipers store you will be able to put up some mask and giving player accuracy and better view angles.If developers put more fun stuffs in the game then player will less likely to leave this game. Its still fun and addictive game. Fast matchmaking and unique gameplay this is what makes Snipers vs Thieves MOD APK stands in all other top notch Multiplayer games.