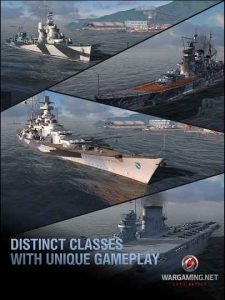 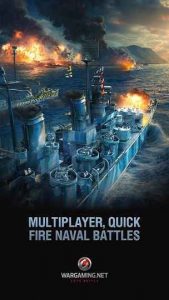 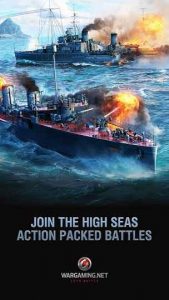 World of Warships Blitz APK MOD finally arrived on Android but its still in beta and available only in Philippines.Global version could be out very soon.so if you are not from the release country then you will have to download your game from Andropalace. here we go this is the game I was waiting for from Wargaming Group. I was really looking forward to World Of Tank Blitz and we all know how that turned out but i really was silently looking forward to seeing how this company would take on naval combat. World Of Warships Blitz APK MOD is free in the play store and you can expect Unlimited Coins and money MOD APK but can not promise though.

One of my favorite games to play on the SNES was superbattleship. of all things I was clearly excited to see a modern version of cruisers and carriers on the open sea. I think it’s safe to say that most of us are quite pleased and surprised with how this all turned out. World Of Warships Blitz APK is going to be called world of battleships matter no I could be misremembering. world of warships blitz APK is another themed arena shooter by wargaming.net military makers of the absurdly popular world of tanks.

This time wargaming is heading out to sea to bring us an armada of battle ships from the world wars era putting plenty of cruisers battleships destroyers and even aircraft carriers at our disposal. while the casual glance is something like this might make people think you’re playing three versions of the same basic firefight all out choosing the different modes in combat. This game plays like a slower much more methodical beast than the previous two entries of wargaming’s portfolio.

The game looks absolutely fantastic and has an incredible amount of detail work into it. wargaming is still mortally afraid of putting human models in their games but small touches and intricate details are all over. each ship ranging from streaks of standing water reflecting off the deck to waves created by the powerful fire of large caliber naval guns serious effort was put into the game’s visuals and it certainly makes the combat feel far more intense. ships even visually indicate exactly what on them has been damaged. if flames are coming out of smokestack the engine is crippled if there’s charred decking and glowing metal the ship is taking heavy fire from high explosives.

A comment on "World of Warships Blitz APK MOD Android 1.0.0"