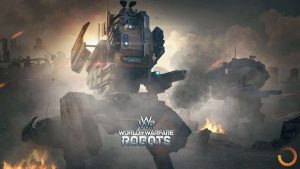 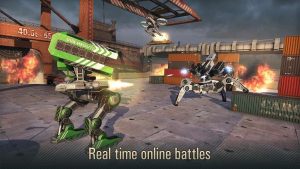 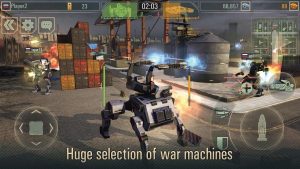 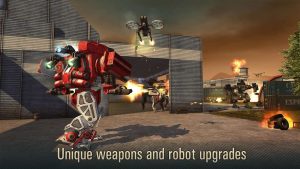 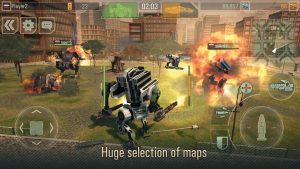 WWR World of Warfare Robots MOD APK is a Full 3D action packed Mech battle multiplayer game from Extreme Developers. Its just like war robots and mech battle which has real time multiplayer modes and real time battles across the open world maps. Its a mech fight multiplayer shoot up em game with almost same gameplay as war robots. In this WWR World Of Warfare Robots MOD APK you will be fighting with real players,collecting rewards and upgrading or unlocking your mechs.

Its completely a PvP Multiplayer game and there is no campaign at all. You get to play the tutorial stage at first run then all your matches will be played against real players around the world. Shoot enemies down with Auto-Aim or manual aim and earn bigger rewards with victories. There is a Premium VIP features which requires real money. But Downloading WWR World Of Warfare Robots MOD APK will give you free premium account for life. There are daily missions to complete which gives big rewards. You will need to upgrade your robots and its different parts. Since you will have a Free Premium Account for World Of Warfare Robots MOD you will have all premium robots unlock able.

World of warfare Robots MOD APK has Huge amount of robots to play with in the real time battles. They are equipped with unique features and weapons. The game servers are running 24 hours online so that you can battle with real players around the globe. The Modernized 3D graphics are good and not that great. There are different game modes available like Death match and Team battles and clan tournaments. The premium camouflages are unlocked to use in battles because you have World Of Warfare Robots MOD APK. If you like mech battle multiplayer shooters then you will like WWR as well.