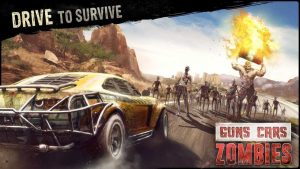 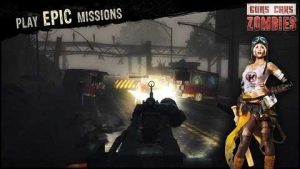 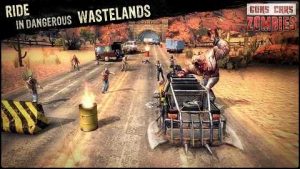 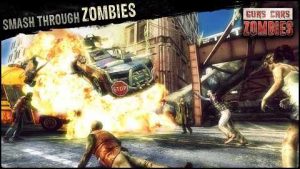 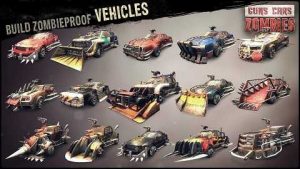 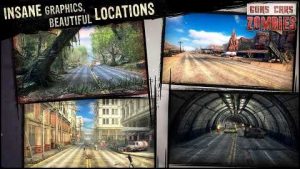 Guns, Cars, Zombies MOD APK is an action zombie driving Android game from Denali Games LLC and is currently in Beta stage and released only in some countries. If you have played zombie highway then this game will surely remind you of that epic game where your goal is to crush zombies with your car. Gun Car Zombie is an online game and you cant play it without internet. and its packed with Unlimited money so you can upgrade all your cars and weapons easily. Since its now MODDED with unlimited money and you can bind this profile with your facebook account so i would suggest you to do it quickly because maybe in next updates i would not be able to bring unlimited money.

Story Of Guns,Cars and Zombies:-
The outbreak was fast,Real damn fast. The virus has reached every part of the world in just few weeks. People lived their lives in arrogance that no virus can reach them so far from the epidemic, but it was their biggest mistake ever.Sooner or later they all turned in to something… evil!. They turned in to mindless creatures with endless drive to devour meat. They have become zombies. and then you have to drive the vehicles whole dead country in belief of finding the last hope of our civilization somewhere. Its a story of Guns Cars and Zombies which is pretty neat and simple.

Gameplay is quite good in compare to other driving zombies endless game where your only goal is to drive as long as you can and avoid zombies and kill them. Ram them. Graphics and gore animations looks fun when you drive on to zombies and the blood sheds on your screen it looks promising. also the cut scenes are there. Guns Cars and Zombies would stand easily with other zombie highway games because its bigger title than those games.it has new vehicles and weapons and its upgrade system is much more addictive. Gameplay is same you just have to avoid obstacles and drive as far as you can and kill zombies. small objectives are there which can be complete easily. you can upgrade your vehicle even choose best parts for it.